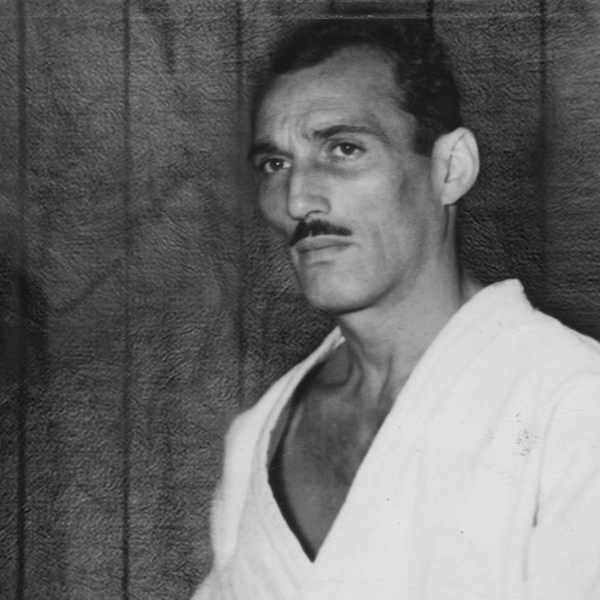 Helio GracieQualifications
.#1 ranked fighter in Vale-Tudo (NHB) for most of his competitive career.
.he is regarded as one of the fathers of the Brazilian grappling art

Jiu-jitsu started many years ago in India at the time of Buddhist monks. Buddhists travelers were regularly looted and to avoid this, they invented a form of defense from which jiu-jitsu was born. The word Jiu-jiu means soft art and has three basic principles: the technique, the lever and the base. After India, Jiu-jitsu travelled to China and then to Japan.

Mitsuyo Maeda, known as “Count Koma”, was a great practitioner of Judo and Jiu Jitsu in its early days. After traveling several countries with his group, he arrived in Brazil in 1914, as part of an excursion of Japanese fighters that arrived in Manaus to begin the mission led by Maeda to disseminate judo in Brazil.

Sanshiro “Black Belly” Satake stayed in Manaus and opened the first Brazilian judo academy. Maeda went to Belém do Pará, where he settled, and where the Conde Koma academy still exists. A year later, he met Gastão Gracie. Gastão was the father of eight children, five men, and he took his son Carlos Gracie to learn the Japanese fight.

Gracies learned Jiu-Jitsu with Mitsuyo Maeda and in 1925 moved to Rio de Janeiro to set up the first Brazilian jiu-jitsu academy, whose address was Rua Marques de Abrantes in Flamengo and since then, Jui-Jitsu has been greatly improved by the Gracie family.

The Gracies: Carlos, Gaston, George, Oswaldo and Helio were always making an aggressive advertisement challenging everyone to showcase the efficiency of Jiu-jitsu art. Gracie Academy and Gracies have always strived to prove the effectiveness of this martial art. In 1981, the Gracie Academy left Av. Rio Branco and its new headquarters was established at the Vasco da Gama club in Lagoa. In 1985 he moved again and went to Padre Antonio Vieira High College in Humaita, where he is today under the supervision of Master Rolker Gracie.

Master Helio Gracie perfected jiu-jitsu in such a way that it gave the conditions for a lean person to be able to fight a large and strong person, becoming the father of Brazilian jiu-jitsu, and from there to the ‘Gracie Jiu Jitsu’ has had only victories.